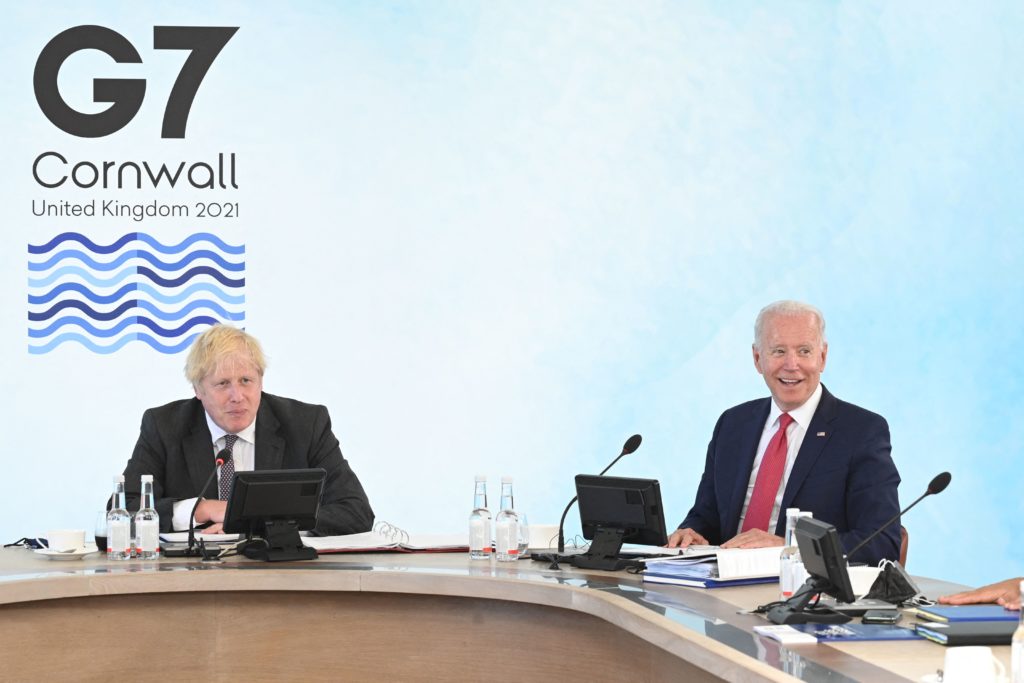 President Joe Biden made his first foreign trip as president to the U.K. for the G-7 summit where he was welcomed by world leaders amid talk of “shared values.” In a bid to move past the Trump-era, President Biden reaffirmed America’s position and role in the world, pledging to lead the effort on vaccines by donating 500 million doses to nations that need it the most. NewsHour’s Yamiche Alcindor joins for more.

NewsHour White House Correspondent Yamiche Alcindor is traveling with President Biden and she joined us with the latest from Plymouth.

Yamiche, was the tone different for this G7 meeting than when President Trump attended?
Yamiche Alcindor:

This was absolutely different in tone. President Biden, for his first foreign trip as commander in chief, really was friendlier, it was a much more cordial meeting. And we saw elbow bumping instead of elbow pushing. Right. We remember when former President Trump came here and literally elbowed European leaders out of the way. So you really have a lot of European leaders saying they're happy that the U.S. is now cooperating again. You have the French president in particular mentioning that this demonstrates that there's really leadership and partnership.

There are still, of course, some disagreements among European leaders and the United States. But overall, what you see is President Biden saying there's a lot more talk of shared values, of democratic values on climate change, on humanitarian rights, on trade even, but I think overall what you see here is a real family reunion, which means that there is a lot of love, but there is still some drama.